A few posts back, I randomly mentioned that our family was considering the idea of welcoming a puppy into our midst...who would have thought that making such a decision could create such turmoil???  Emotions ran deep as the pros and cons list grew on both sides, and it was a daily challenge to place family unity for the glory of God above the diversity of personal opinions/desires on the matter.  But on the up side, God used the whole experience to grow us individually and as a family as we rode the roller coaster of hopes, practicalities, and tears together.

The decision?  At least for now, no doggie!  Here are a couple pics of me taking the kids to say goodbye to our furry little friend: 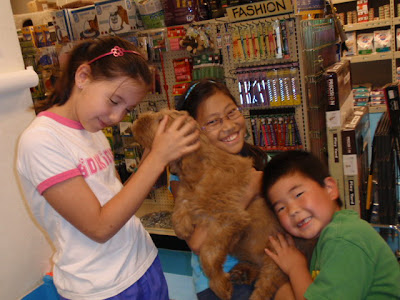 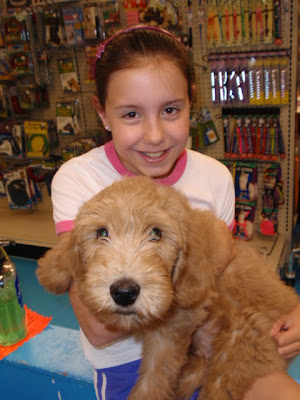 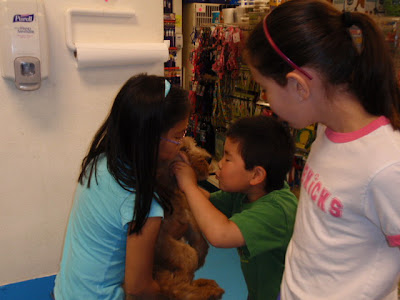 This may seem unrelated at first, but in our Latin class, when we are learning the new vocabulary for the week, the teacher reads the new Latin word in its nominative and genitive case, followed by it's English equivalent.  The week the decision was made, we were all sitting in class dealing with various levels of disappointment, when the teacher introduced our third new vocabulary word for the day and said "canis, canis - dog"...sounding very much like "Connie's, Connie's dog."  Strange glances were exchanged all around, but I took to heart God's providence that day.  Cody Machen (that's what we named him) will not be our family dog, but God used him to teach me more about His love, loving others/dying to self, family unity, and submission; and in a way, I see him as my dog, a loyal little messenger from my Father. 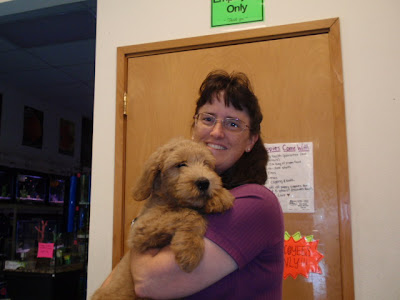