Time with my mother-in-law...

When God took a machete to my "to do" list last month, He quickly handed me a different one. This whole month has been filled with the unexpected on a daily basis as we've dedicated ourselves primarily to caring for Pat in her time of recovery.  I mentioned in my last post that my mother in law fell and broke her femur.  The next day she underwent surgery for a partial hip replacement. A few days later she was moved to a rehab facility.  I wish I would have taken a picture of the wall that faced her bed...the grandkids covered it with pictures and messages to cheer her on.  It was lovely.

This is her little great grand-daughter Allison (with her mommy Ciara) and I think her visit was some of the best medicine of all.  The card "she" made suggested we needed to "bust Grandma out of this place".  Truth be told, we were grateful for the care she received in this facility, but there simply isn't anyplace like home and we were all agreeing with Allison to bust her outta there asap. 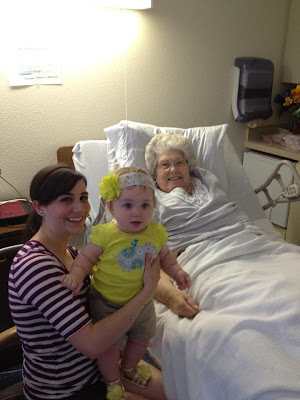 Two weeks ago we did that very thing!  We have enjoyed the privilege of being able to camp out at her house as she's continued to heal.  A visiting physical therapist and an occupational therapist have come to help her be able to live independently again.  Oh how we praise God for her continued healing!  What an incredible example she has been to us all of receiving a difficult "gift" from God with a spirit that looks for the praiseworthy!  I love this woman who birthed and raised the man I am thrilled to be married to...I am so grateful to God for her friendship and example over the years.

She is still healing and has some restrictions on her movements, but she has "graduated" to being able to care for herself once more.  Having received the stamp of approval from her physical therapist this afternoon, we plan to move home in the morning.

Remember that month old to-do list that God took a machete to?  Did you know He is in the business of resurrecting the dead?  Resurrected life (and lists) never looks exactly like it did before it died...God has been at work in us this month, bringing clarity to His call upon us...I think just maybe the list will look a little different.

Here are some pictures from the past couple of weeks as we reflect on God's presence with us and His goodness to us...these weeks have stretched us all, but God's mercy has overflowed: 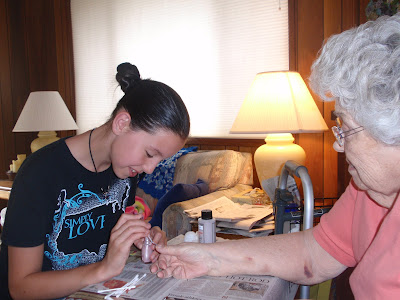 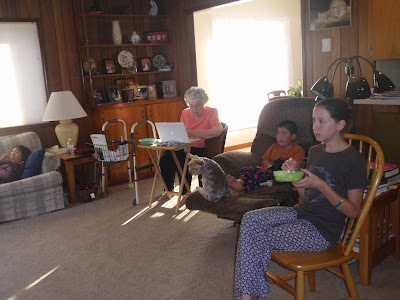 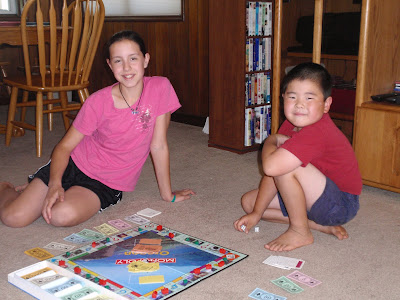 MJ and Paul playing Monopoly after finishing their school 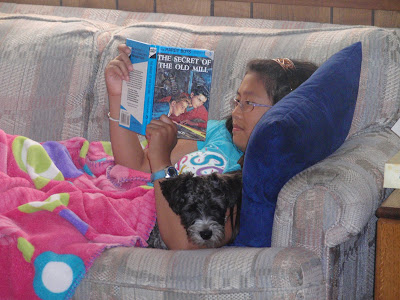 Bekah and Sprocket curled up with a Hardy Boy mystery 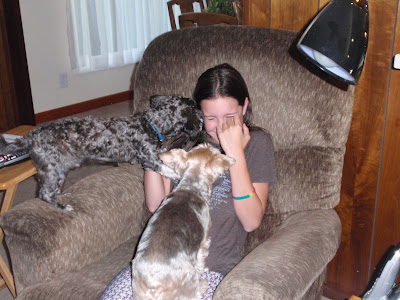 MJ getting "kissed" relentlessly by the doggies 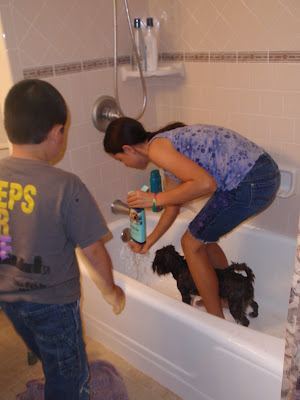